The Lagos State Government has charged its quasi-judicial body in the built environment, the Lagos State Physical Planning and Building Control Appeals Committee, to review the past, consider emerging realities and come up with innovative ways of handling appeals.

The State Commissioner for Physical Planning and Urban Development, Engr. Omotayo Bamgbose-Martins, made the appeal in his address at the opening of the retreat, organised by the Appeals Committee in Ikeja.

He decried the pervasive disregard for physical planning laws and regulations by the people and urged the Lagos State Physical Planning and Building Control Appeals Committee to do all in its power to change the narratives for the better.

Bamgbose-Martins noted that the committee was inaugurated about three years ago by Governor Babajide Sanwo-Olu to consider appeals from the public on physical planning and building control matters.

“Certainly, events in the built environment prior to and since the inception of the Committee have justified its establishment as the beacon of hope to the State and all stakeholders for instilling the much-needed sanity into the system and acting as checks and balances on actors in the Lagos State physical environment”, he said.

The Commissioner, therefore, expressed optimism that the two-day retreat would better position the committee to deliver on its mandate while praising efforts to retool members of the committee.

Earlier, the Chairman of the Lagos State Physical Planning and Building Control Appeals Committee, Tpl. Ayodele Adediran thanked the Governor of Lagos State, Mr. Babajide Sanwo-Olu for establishing the Appeals Committee as an important mechanism for achieving his T.H.E.M.E.S. Agenda of making Lagos a 21st-Century Economy.

He stated that the committee, having operated for more than three years, would benefit immensely from a review of its performance in line with the legal instrument setting it up, noting that despite the challenges faced, the Appeals Committee had successfully treated 28 out of 52 cases considered and would wax stronger after the retreat.

The Solicitor-General/Permanent Secretary, Ministry of Justice, Ms. Titilayo Shitta-Bey hailed the establishment of the Appeals Committee in the State, noting that if strengthened it would help a lot in resolving physical planning and building control-related disputes as the world is moving towards alternative dispute resolution.

The Speakers at the event such as the former General Manager, Lagos State Physical Planning Permit Authority, Justice Abdulfattah Lawal and Arc. David Majekodunmi, called for reforms including a change of the nomenclature of the committee to Tribunal, enhancing the independence and capacity of the committee to deliver. 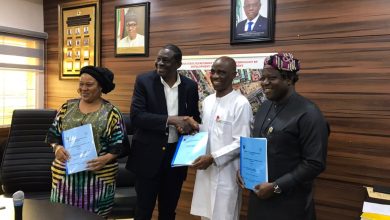